Carnival of Venice: Getting Ready for Carnevale

Events
Home » Events » Carnival of Venice: Getting Ready for Carnevale

Carnival, or Carnevale, is right before Lent, and this masquerade party use to last up to two months in the old days, but now the festivities are packed into ten days of concerts, palace parties, and amazing costumes. While Ash Wednesday sets the tone, the first and last three days are the best, party-wise, and your liver with be thankful for the break in between. Chow down on some fritelle (warm rum-raisin doughnuts), which most pastry shops have on display only during Carnevale season, and be sure to peek into Caffé Florian in St. Mark’s Square, where the ancient interior decorations and clientele in costumes will transport you back to the sixteenth century. Famous guests such as Casanova, Woody Allen, Lord Byron, Goethe, and Charles Dickens came here to enjoy the timeless atmosphere which still exists today (but it doesn’t come cheap).

Venice during Carnivale: You do have to like crowds, I’m not gonna lie. San Marco is constantly filled with people showing off their costumes all week long and the palace parties are amazing, but really expensive to get into…200-400 EUR sometimes! I have only been to two palace parties and luckily got into those for free cause of my Venetian connections, but they were last minute things. I like that the city transforms itself and there are evening concerts every night in St.Mark’s square. It has been cold and rainy the last few years, so it’s great for those of us who live here, since Carnival livens up the place after the soggy cold winter. However, as a tourist, I think it’s really expensive. The night scene in St.Mark’s square turns Halloween-like (see pic below) since the younger crowd comes out with more original, modern-day costumes. 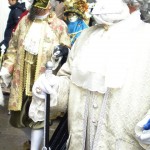 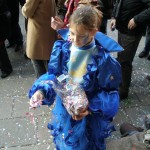 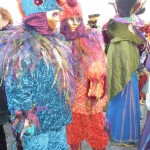 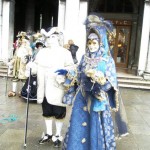 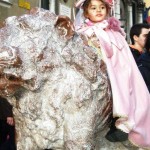 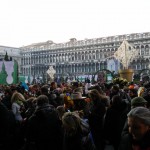 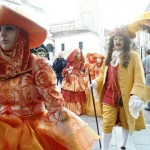 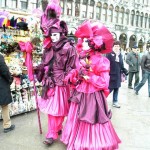 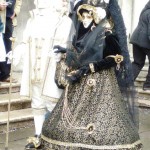 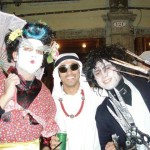 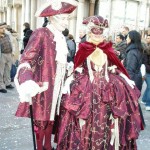 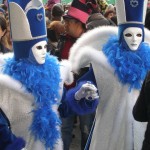 This year I hope to find out about some events that will be more budget-friendly, but I’ll only know about those as they pop up, so stay tuned on Twitter and Facebook. Overall, Carnival is more of an outdoor show during the day and there is always either a regatta or some organized event in various parts of the city (see the daily program during Carnival week), and at night it’s amazing to attend a party which usually includes free drinks, dancing, and exploring or living it up in a real palace! It really is a unique experience event though it might end up costing around $500 between the costume rental and entrance fee!

Rookie Hint: I recommend booking a room ASAP since prices will jump up in December and take advantage that there are still vacancies! I have found that HostelsClub has the cheapest rooms so far, but you should also consider renting an apartment with sites such as Rentalia or our featured Venice apartments.

The free concerts in St.Mark’s square are fun and lively, but what are some other ways you have celebrated the Carnival of Venice?

One Response to Carnival of Venice: Getting Ready for Carnevale