If you like opera, get tix pronto for this event. 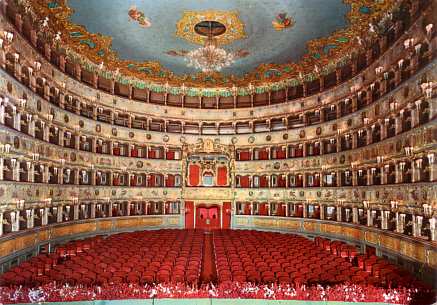 Le Nozze di Figaro is the second part of the Mozart project of his trilogy on the texts by Da Ponte. This will be followed by both the revival of Don Giovanni, with its original set, and Rossini’s Barbiere di Siviglia at Teatro Malibran, of which it is the narrative continuation of the original French source.

A musical comedy in four acts, KV 492 to a libretto by Lorenzo Da Ponte based on the comedy La folle journé ou Le mariage de Figaro by Pierre-Augustin Caron de Beaumarchais (the second episode of the so-called Figaro trilogy), Le Nozze di Figaro had its premier at the Burgtheater in Vienna on May 1st 1786, the first jewel of what was to be a lengthy partnership between Mozart and the Italian librettist.
The opera will be performed by a new production by Fondazione Teatro La Fenice with the very same names behind Don Giovanni: Damiano Michieletto production, Paolo Fantin set, Carla Teti costumes, and Fabio Barettin lighting. The musicians are also nearly all the same. Once again, Antonello Manacorda will conduct the Orchestra and Choir of Teatro La Fenice; Markus Werba and Simone Alberghini will alternate as the Conte di Almaviva, Carmela Remigio is the Countessa, Caterina Di Tonno as Susanna, Alex Esposito and Vito Priante will alternate as Figaro, Marina Comparato and José Maria Lo Monaco will alternate as Cherubino.

The premier on Friday 14th October 2011 will be followed by eight repeat performances.