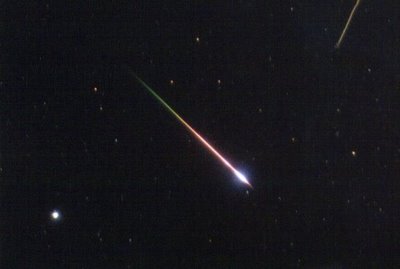 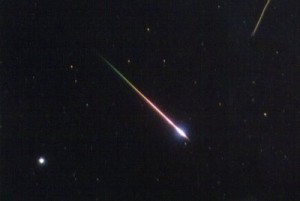 Want to see some shooting stars?

A “shooting star” has nothing to do with a real star! These amazing streaks of light that you sometimes see in the sky are caused by tiny bits of dust and rock called meteoroids that fall from space into our atmosphere and burn due to the friction here.

The ephemeral traces of light from the burning meteoroid produces what is called a “meteor”. Meteors are commonly called “shooting stars”.

Scientific definitions aside, they continue to have a fascinating and popular belief that make them unique and make for very special summer evenings:

Evening program
The phenomenon of “shooting stars” will be illustrated with spectacular effects on the dome of the planetarium 9 meters in diameter.

Perseids: this is the scientific name of the meteor shower that can be observed when the Earth passes through the region of the orbit where the comet, Swift-Tuttle’s debris left during its numerous passages in the vicinity of the Sun. It is one of the most intense swarms of meteorite known since ancient times.
Presentation by Elena astronomers Lazzaretto & Noble Luke